Anderson, Smith, Null & Stofer, L.L.P. with its predecessors dates back to the year 1859, when Fletcher S. Stockdale and David C. Proctor established the law firm of Stockdale & Proctor at Indianola in Calhoun County, Texas.

Proctor graduated first in his class from Yale in 1854 and second from Harvard Law School in 1856. He fought in the Civil War where he enlisted in the Confederate Army as a private and by the end of the war he had been promoted to the rank of major.

Stockdale was elected Lieutenant-Governor of Texas in 1863. He also served in the state senate from 1857 to 1861. The town of Stockdale in Wilson County was named for him. 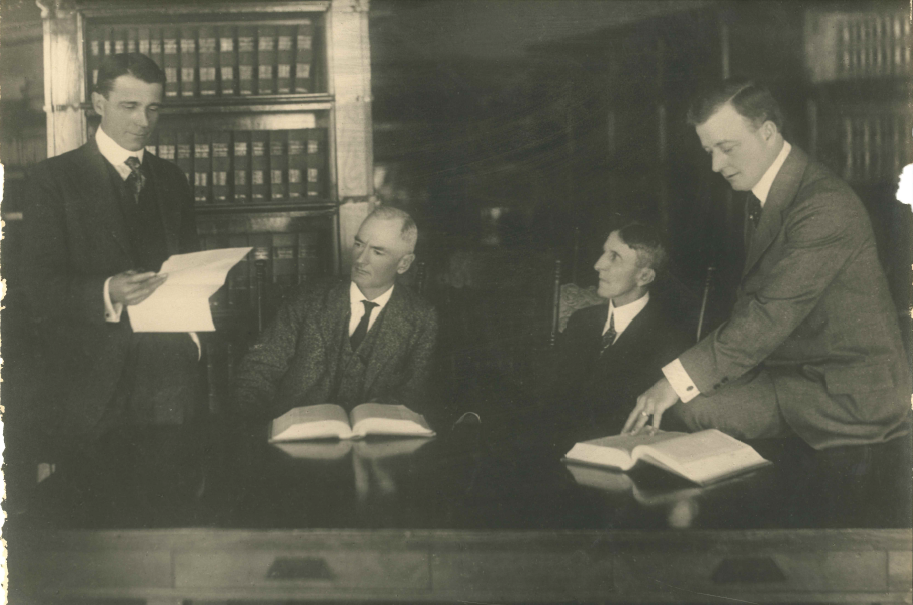 The firm was virtually depleted by tragic events commencing with the death of Frank H. Crain on Christmas Day in 1950, and with the death of J. V. Vandenberge, Jr. who died the following day enroute to Mr. Crain’s funeral. Mr. Vandenberge, Sr. died less than six months later. Gene Houchins, the sole remaining member of the firm, then merged his practice with John G. Stofer and with Fred C. Proctor, Jr. and Conde N. Anderson and formed the firm of Stofer, Proctor, Houchins & Anderson in 1951.

When John Stofer died in 1957, the remaining partners in the firm, Gene Houchins, Conde N. Anderson, Munson Smith and M. L. Null, continued the practice under the name Houchins, Anderson, Smith & Null. Then after Gene Houchins’ death and the addition of James N. Stofer and David A. Smith to the firm in 1972, the name of the firm was changed to Anderson, Smith, Null & Stofer.

The firm continues to practice in Victoria, Texas and is proud to know its roots make it the second oldest firm in the State of Texas. The present partnership is composed of Richard T. Chapman, Janis L. Scott, and J. Milton Chapman.